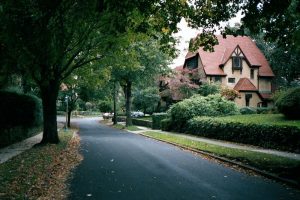 So you’ve decided to relocate and live in New York City — the Big Apple, the Empire State, the City That Never Sleeps. This is such a big move. And it may just be the most important decision you’ve made in your life thus far. Or you might just moving to a different borough.

The second most important decision would be where in New York City you’ll reside. For those on the lookout for a blend of urban amenities and suburban comfort, the borough of Queens may be a good jumping-off point when searching for the best place to call home.

Deciding on which Queens neighborhood to live in may become a bit of a challenge, however. Because it boasts of more than 90 neighborhoods to choose from, the most of any borough.

To help you choose which among the many neighborhoods will be the best fit for your needs and lifestyle, here’s a guide to some of the Queens neighborhoods that you should consider on your residential search.

What should I expect in Queens neighborhoods?

In an urban setting historically popular amongst immigrants, Queens is the epitome of what is considered a multicultural community. In fact, Queens is noted as the most ethnically diverse urban area in the whole world. With more than 100 represented nations and speaking 138 different languages.

If you live in Queens, you can already have a glimpse of the world’s various corners, without ever having to leave the area. Being in New York City, the population is already very accepting of different cultures and this is especially true in Queens.

With such a high level of diversity surely comes great food from all over the globe. Just from walking the streets of Queens, you can try out cuisines from China, India, Mexico, Korea, Germany, and so many other flavors.

Several restaurants, mom-and-pop shops, and street food stalls constantly sprout up from the neighborhoods of Queens. And because immigrants usually offer them, all of these cuisines are authentic and homemade.

One of Queens’s most attractive features is that it shares many of the urban attributes of Manhattan and Brooklyn. Only, you can expect a much more affordable price point.

Being the largest borough in New York, Queens has a wide variety of housing types in its neighborhoods. Ranging from single-family homes, condos, apartment complexes, to townhomes. The median monthly rentals and home listings are significantly lower.

The multitude of neighborhoods Queens have to offer are all sporting different personalities and charms that are ideal for every sort of New Yorker.

If you’re a young professional or hip millennial, you can find communities with easy commutes, a dynamic cultural scene, and buzzing nightlife. If you’re a family man, there are also several spacious dwellings near schools, parks, and friendly communities.

What are the safest neighborhoods in Queens?

Despite having a large population of over 2 million people, Queens is considered, for the most part, to be a safe place to live in. Having a crime rate lower than the national average.

These are some standout neighborhoods that you can consider if you want a peaceful and comfortable environment for you and your family to live in. 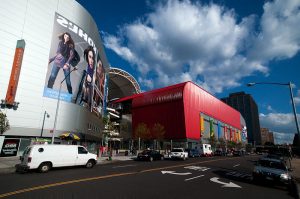 Rego Park, along with the neighboring Forest Hills, is highly regarded as one of the safest residential areas in New York City. It ranks sixth for the lowest per capita crime in the whole city. These two neighborhoods sharing the 112th precinct are widely coveted residential areas for its safe streets and friendly community. 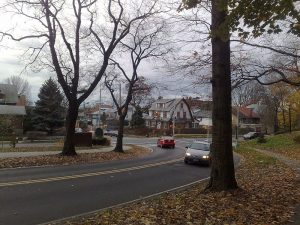 Woodhaven and Richmond Hill in southwestern Queens are great areas to raise a family. The 102nd precinct in this area records the lowest crime rate in the whole of Queens.

Living in Woodhaven are mainly middle-class families with single-family homes and low-rise apartments. The community is very welcoming. And there are several families here with different ethnicities, primarily South Asians and Latin Americans. 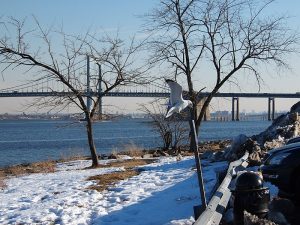 This neighborhood in northeastern Queens constantly draws families that want to relocate to New York City — without losing the peaceful suburban life. It is also a highly sought-after area. Mainly because of its proximity to the best public schools in Queens. Like the rest of Queens, Bayside is also ethnically diverse and welcoming of various cultures.

Bayside is definitely one of the most family-friendly neighborhoods. In terms of crime rates, it’s found to be the third safest area in Queens. 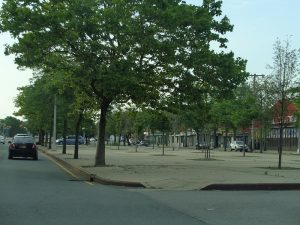 Neighborhoods at the eastern edges of Queens, like Bellerose, almost do not feel like an area in the city. Removed from the busyness that the more urban types of neighborhood Queens possess, Bellerose boasts one of the safest and most peaceful residential areas in New York City.

If you’re looking for a suburban Queens neighborhood with big space and private backyards, Bellerose is a great option to consider.

What are the Most Expensive Neighborhoods in Queens?

The residential areas in western Queens that are closest to Manhattan are coincidentally the ones that are the most upscale and developed. These areas give you access to a lively art scene, swanky establishments, park vistas, and a bustling nightlife.

Staying in a high-enough residence may grant you the best view of the East River and the Manhattan skyline. Things that most people living in Manhattan do not get.

Of course, these developed residential areas often also translate into the most expensive. Their convenient proximity to Manhattan (we’re talking about a subway ride of 10 to 20 minutes) makes these neighborhoods very competitive, as well. 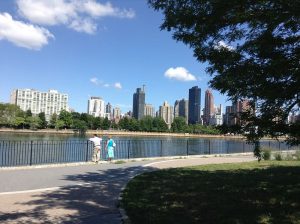 Astoria is a slowly emerging neighborhood perfect for young professionals and the millennial crowd. Crowds who are in need of spacious living arrangements at a fraction of Manhattan’s real estate prices.

This young population has transformed Astoria into a hip and trendy neighborhood. But at the same time, it remains quaint and family-friendly at the core. 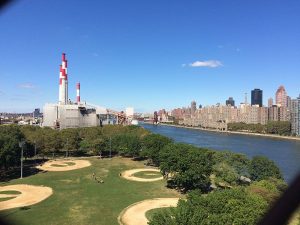 Long Island City (or LIC, as the locals call it) is a popular option if you want to distance yourself from the NYC core but still want to fully experience its vibrance and energy. Just a stone’s throw away from Manhattan, you can hop on the No. 7 line, and you’ll be in Midtown within 5 minutes.

But you may not even want to cross the East River because Long Island City is paced much like Manhattan in terms of culture and nightlife. The Long Island City neighborhood is one of the most coveted in Queens. 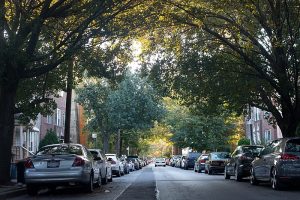 Another emerging neighborhood is Ditmars Steinway, which has been attracting the younger crowds that are coming from the neighboring Astoria.

It incorporates a more suburban feel compared to its neighboring areas, so residents are given larger spaces and a walking distance to various shopping centers.

What is the Best Area in Queens to Live in?

When deciding which Queens neighborhood you and your family will settle, there are several factors that need to be considered. It all depends on what you’re looking for in a new home.

Suppose you’re a young and budding professional. In that case, you want your neighborhood to have an affordable cost of living, be commutable to and from the business districts. You may want to also have easy access to different culture hotspots like art galleries, music venues, and movie theaters.

For the established family man looking to settle their family life in the suburbs, you want your neighborhood to have nearby competent public schools and host different activities and amenities. Like parks, restaurants, and grocery stores.

So aside from the safest and the most developed neighborhoods we’ve previously mentioned, here are some of the overall best Queens neighborhoods with everything you’ll ever need in a new home. 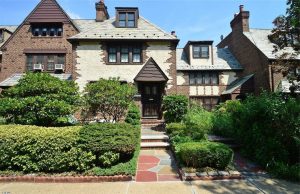 The tree-lined streets, variety of parks, and beautiful cul-de-sacs of Forest Hills make it a highly sought-after area for new residents to settle into. Forest Hills is in a prime location near different restaurants, cafes, and an excellent school system.

There are different housing options available at Forest Hills. Making it an appealing option at different price points. Here you can rent a sizable studio apartment from a complex or find affordable single-family houses. 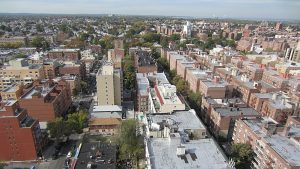 There are only a few that compare to the neighborhood of Flushing for the perfect blend of urban and suburban features. There are spacious living spaces available here that tend to go much cheaper compared to neighboring areas. The housing options like single-family homes and co-op arrangements are also very affordable.

Perhaps the defining feature of Flushing is its unequaled food and lively nightlife. There is a big Asian community in Flushing, which has lead to one of the best Chinatowns in the country.

Here you can try various destination eateries and small boutiques that line the lively and welcoming streets. Flushing is one of the best residential areas in terms of cuisine, no doubt. 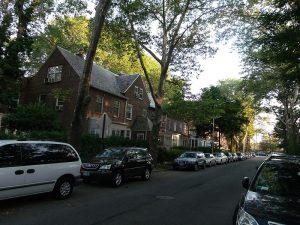 Sunnyside is an ideal neighborhood for the professional looking for a place not too far from Manhattan but still offers a distinctly suburban atmosphere. Although Sunnyside has recently been undergoing several renovations, it still retains the small-town, middle-class appeal.

Sunnyside gives its residents the best of both worlds. By blending big stores and small, local boutiques and restaurants. Here you can select from a variety of apartment buildings, co-ops, and condo units. 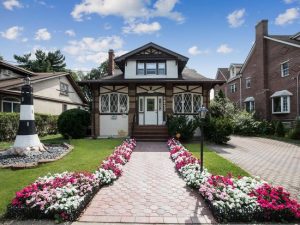 Belonging to the more upscale areas in Queens is the Jamaica Estates neighborhood. This is one of the best in terms of privacy and peacefulness Queens, but it’s also one of the most expensive.

Many of the houses here are large Tudor-style or colonial homes that sell for over 1 million dollars. This premium price tag comes with the proximity to various amenities, the best private schools, and the privacy not afforded in other neighborhoods. 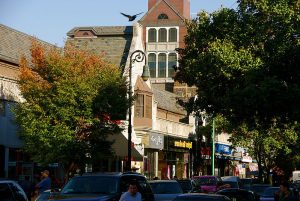 If your idea of the perfect neighborhood is a lively community, Jackson Heights in northern Queens is a great option! Jackson Heights may be the most diverse community in Queens, with a large mix of Latino, Hispanic, South Asian, and Southeast Asian populations.

Such a varied kaleidoscope of cultures creates a busy and welcoming food scene and lifestyle. The price tag of housing options is also cheaper compared to neighboring areas. Jackson Heights is also a stone’s throw away from different public schools and kid-friendly amenities, making it one of the best communities for families and their kids to grow up in. 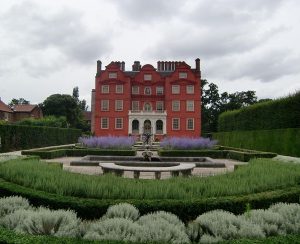 Another favorite amongst families is Kew Gardens in central Queens. This neighborhood’s abundance of green spaces, winding streets, and quiet appeal will surely resonate with the family with little kids or the young professional looking for a respite from the bustle of more urban areas.

The price points of housing arrangements in Kew Gardens generally go cheaper compared to Forest Hills, making this an affordable option for families and solo residents. 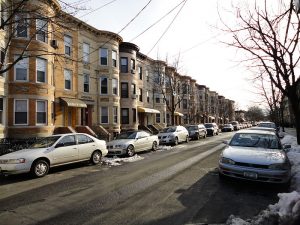 An up-and-coming location in southern Queens is the Ridgewood. A neighborhood that’s bordering Brooklyn. Ridgewood shares many of Brooklyn’s artsy culture. So this area is teeming with hip bars, art museums, and community spaces. Making it an ideal home for the millennials and the younger crowds. The commute is also quite easy, with subway lines available going to either Brooklyn or Manhattan.

Compared to Long Island City, Ridgewood is not yet as urbanized. Thus allowing for cheaper options in terms of housing and cost of living. The living spaces are also considerably larger compared to the shoebox apartments of Manhattan.

This list only covers a few of the 91 neighborhoods you can choose from when deciding where you’ll want to live in Queens, New York. By accounting for the different factors considered when selecting a neighborhood – price point, location and proximity, commute, and overall charm – we’ve narrowed it down to this select few best neighborhoods. Are you looking to move around? Check out the best moving companies in Queens 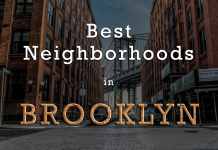 13 Best and Safest Neighborhoods in Brooklyn 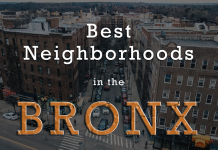 9 Best and Safest Neighborhoods in the Bronx 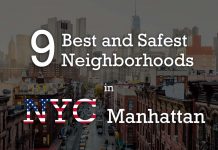 9 Best and Safest Neighborhoods in NYC(Manhattan) 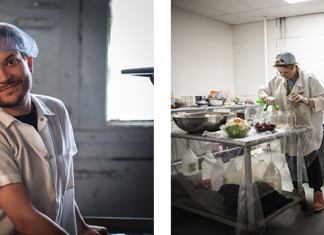 Brooklyn Whatever has shut down Not too long ago Rachel, the mom, was unemployed and Abe, the son, couldn't find the right job. The universe...

How To Move to NYC: Tips To Save, Relocate Alone