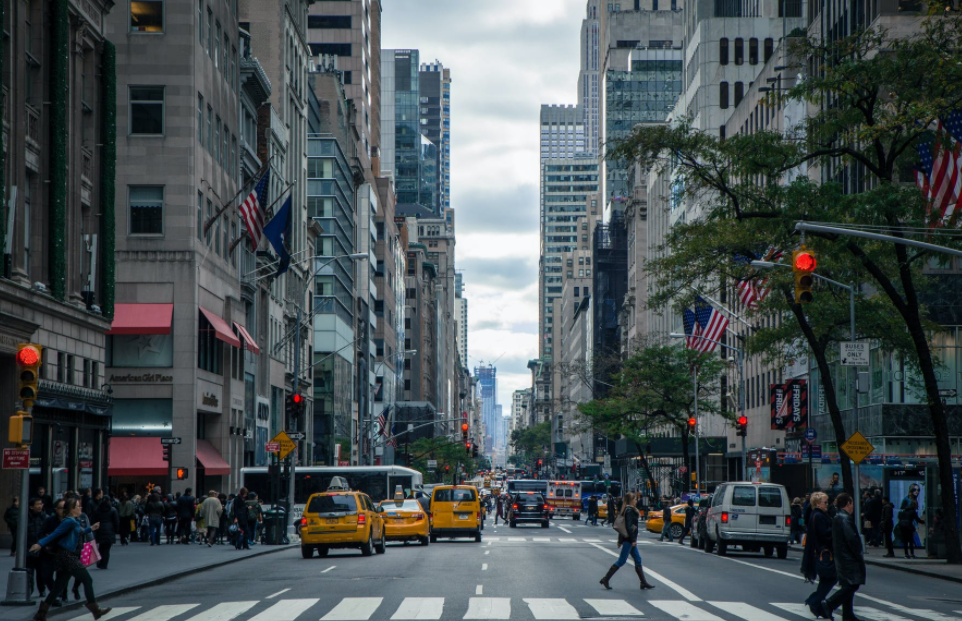 Many people know that cities are some of the most expensive places to live in the United States.

New York City has one of the highest costs of living in the country, but how much does it actually cost to live there?

This article will explain how much housing, food, transportation, and entertainment all cost in New York City.

Then we will compare the cost of living in New York to other cities in the United States.

Anywhere you go, housing will be the most expensive part of your budget. Housing being your biggest expense is especially true in New York City, which has some of the highest housing costs in the country for both buyers and renters.

Twice as many NYC residents rent their homes or apartments instead of buying them. Below is the cost of renting a home in New York and the cost of buying a home.

Cost to Rent in NYC 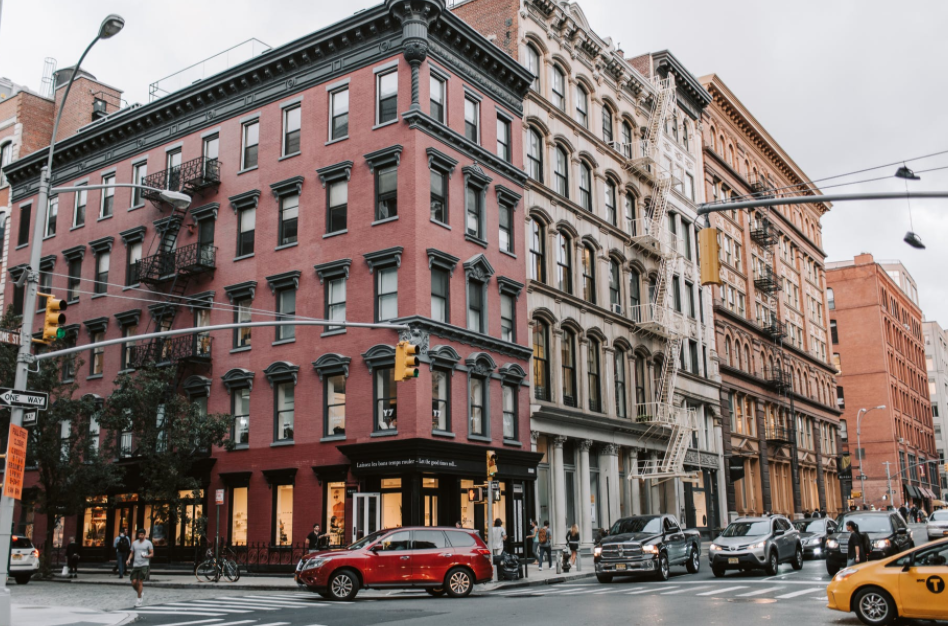 The cost of rent in New York will vary by the neighborhood you are in and the type of apartment or home you are renting.

Some of the cheap neighborhoods in New York City, can be found in Queens, Brooklyn, the Bronx, and Staten Island.

A studio apartment will be the cheapest, but you will likely not have someone to share rent with.

Having at least one bedroom is more expensive, but you can split the cost if you find and live with a roommate.

Cost to Buy in NYC 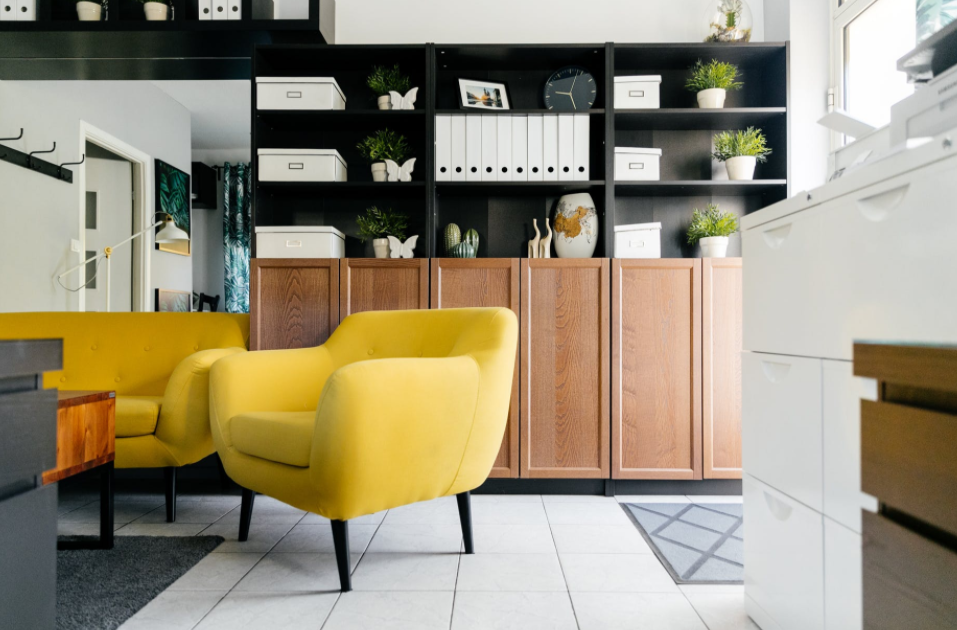 The cost to buy in NYC also varies on where you are in the city and what type of housing you are purchasing.

Your monthly cost will depend on your loan terms and down payment, but the median list prices for the five boroughs are listed below.

Next, Queens has a median list price of just under seven hundred thousand dollars. The median housing prices here are significantly lower than in Manhattan and Brooklyn but still high. The highest prices are in the southern part of Queens on the Rockaway Peninsula. Furthermore, only four neighborhoods have a medium list price of over one million.

Finally, The Brox has the lowest median housing price at $550,000. Only one neighborhood has a list price above one million dollars, and that is Mott Haven, the neighborhood at the south end of the borough and closest to Manhattan.

In the cost of your housing, you will also need to consider utility costs, including heating, electricity, water, and gas.

These may be included in your rental cost, or they may up to you to pay, so make sure you consider them in your housing cost.

If you are in a small apartment, you can expect the average price of basic utilities to be around one hundred dollars per month. An apartment with multiple bedrooms will cost closer to two hundred dollars.

Anything larger will be around three hundred dollars minimum and can vary depending on how many people live in your home.

If you need internet or cable in your home, you need to plan on another one hundred to two hundred dollars.

Insurance is also a factor in your housing costs. If you rent an apartment, your renter’s insurance will be at least one hundred and fifty dollars per year. A home that you own will cost just over one thousand dollars a year for insurance. Unlike many things in New York City, homeowners insurance is actually less than the national average.

Either type of insurance will vary depending on where you live, how big your home is, and how much your possessions are worth. 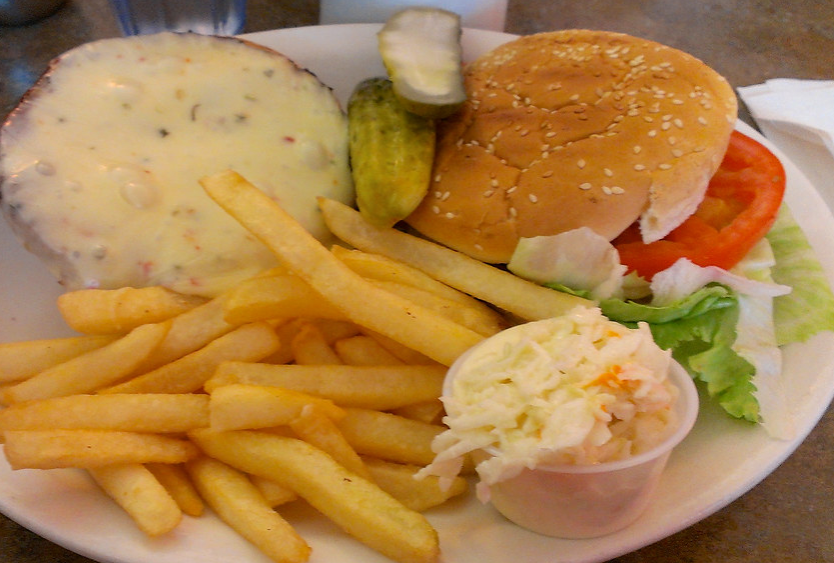 As with housing in New York City, food costs are higher than the national average.

If you shopped only at a grocery store for your food, your average monthly bill would be nearly five hundred dollars.

This cost, of course, does not consider any meals at restaurants, food stands, or coffee. If you regularly dine out, your food cost could easily be over one thousand dollars per month.

Restaurant prices can be high in New York City, especially at fancier places. You can get a cheap meal like a slice of pizza, a bagel, or a hot dog for around $5. These are fast meals, and the price will increase quickly for sit-down restaurants.

A simple bar meal will cost around $30 per person. A mid range restaurant can cost around $60 per meal, and a fancy restaurant will easily cost $100 at a very minimum. All of these prices are without alcoholic drinks, which could easily double your cost.

When you live in a big city like New York, it is important to have transportation so you can get around the city whether it is for work, for fun, or for any other reason. 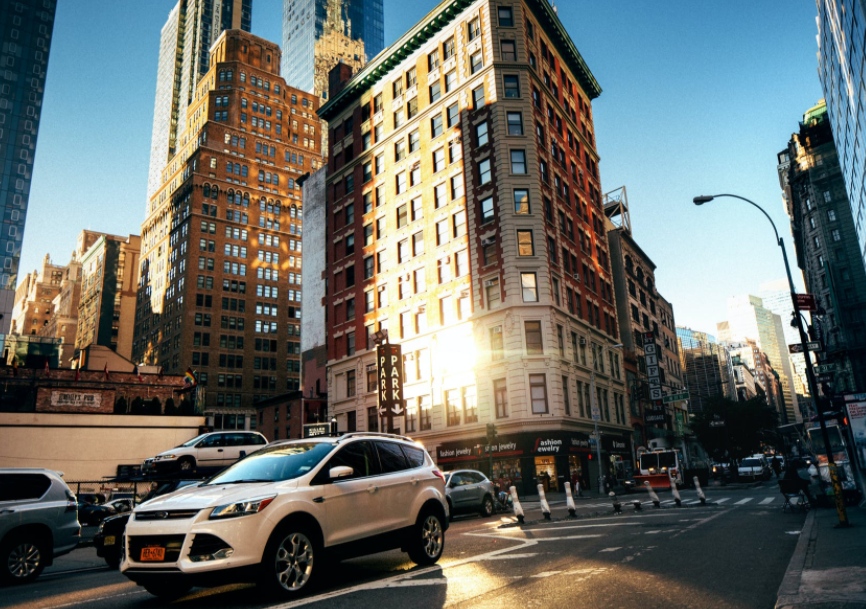 Whether you own or rent, cars can be a convenient way to get around the city since you do not have to wait for a train or hail a taxi when you need to go somewhere.

However, having a car in the city is a huge expense, which is why many people do not have one.

First, you need to consider parking costs, which are the most expensive part of having a car, other than the car itself.

While you do not need to pay for reserved parking, street and public parking are a hassle. There is a limited amount of free parking in the city, and there are a lot of restrictions that come with these spaces, like snow, street cleaning, and overnight restrictions.

If you choose not to spend money on a parking space, you better have time in your schedule to find parking.

You also need to consider the normal costs of owning a car, like monthly payments, insurance costs, gas prices, and any unexpected repairs. Depending on where you live in New York City, it may be difficult to find a gas station near you, especially in Manhattan.

While having a car can be a big convenience, it comes with a lot of costs that will significantly raise the cost of living in New York.

Taxis are an easy but more expensive way to get around the Big Apple. Taxis are available twenty-four hours a day, and you can spot an available taxi since it has a light on top.

Your taxi cost will vary based on when you ride, how far you ride, and how much traffic there is. You must pay small fees during rush hour, late at night, or if you pass any tolls.

There are also plenty of rideshare services like Uber and Lyft that operate in NYC. The cost of these will vary based on the distance you travel and the current demand for rides. You can expect higher fares during rush hour and on weekends. 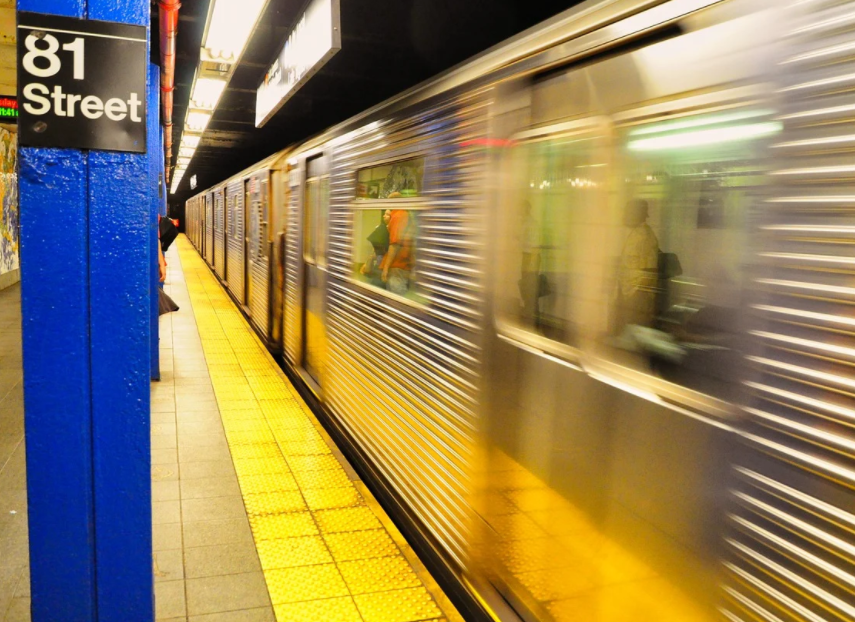 Public transportation in New York City is an easy and cheap way to get around once you are familiar with the system.

All trains and nearly all buses run twenty-four hours a day, seven days a week, so you will never be without a ride.

An unlimited Metro pass will cost $127 per month or just over four dollars per day. If you are taking at least two rides on the trains or local buses each day, this pass is well worth the cost.

If you are not taking public transportation enough to justify using an unlimited pass, you can still ride the trains and buses at the cost of $2.75 per ride.

The cost of express buses and AirTrains cost more than the standard transit pass, but they are also cheaper and faster than other transit options if you need to use them.

Biking is a cheap option for getting around the city. If you do not own a bike, you can rent them from places throughout the entire city.

NYC has bike laws that you must follow to keep everyone safe. As long as you follow the rules and stay on the proper streets and paths with your bike, you will be able to get anywhere in the city. However, if you are going to other boroughs, it may not be the best to use a bike.

Finally, walking is, of course, a cheap option to get around, but in a city so large, it can be impractical if you need to go further than a mile or so. Unless you live and work in the same neighborhood, you will be regularly spending money on other types of transportation. 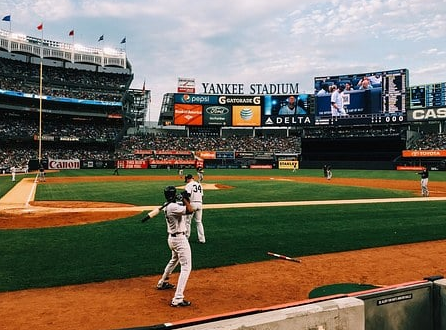 Entertainment costs in New York City will vary depending on your interests. If you enjoy fine dining, New York nightlife club & bar hopping, NYC fishbowl drinks; the costs will be higher than in other cities.

One of the most expensive but popular types of entertainment in New York City is sporting events.

Ticket prices will vary depending on the sport, the team, and when in the season you attend a game. Listed below are the average price for each team’s game.

Other than sports, another type of expensive entertainment that you have to budget for is theater and show.

Broadway is a huge part of New York City, and shows have a huge range of ticket prices. Off-Broadway shows will be the cheapest, as will the nose-bleed seats with the worst views. If you see a show with a major name or in a major theater, it will cost you hundreds of dollars per ticket, if not more. If you’re into arts, a past time that’s not as costly is visiting New York’s best museums. 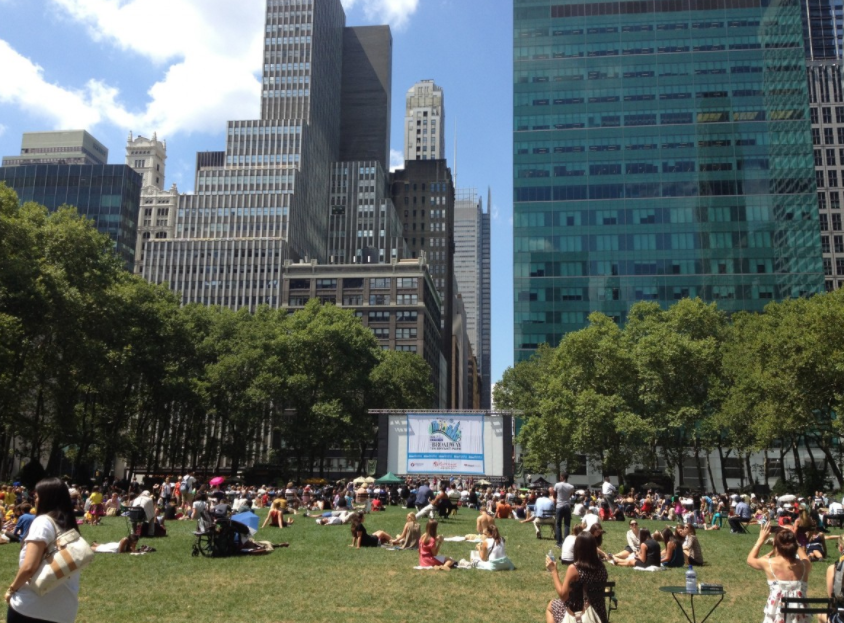 Besides the cost of house insurance mentioned above, everything is more expensive in New York City than in other cities in the United States.

In fact, the costs of living in New York City are significantly higher than the cost of living in other major United States cities.

It is also 33% higher than the living index for San Francisco, the city with the second highest cost of living. Two other boroughs made the top ten as well.

The cost of living is very high in New York compared to other cities in the United States. Your cost of housing, groceries, transportation, and entertainment can have a large range depending on your location, interests, and spending habits.

While it is expensive no matter what, you can keep your cost of living lower by taking cheaper public transportation instead of owning a car. You can find a higher than average salary paying job by learning new skills. Or, you can live further away from Manhattan and have lower rent payments. 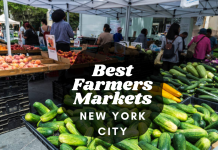 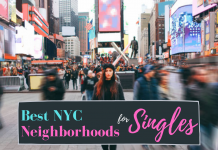 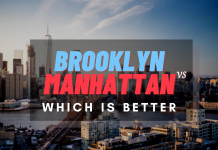 Where to Move to After New York

Best Time to Move in NYC