As of March 31, 2021, marijuana is legal in NYC! Just one the interesting facts to know about New York.

However, New Yorkers should know that there are many restrictions regarding the law, including sales, possession limits, and more.

The legislation is still being finalized, but by late 2022 or early 2023, dispensaries will be open.

The weed consumption sites will exist throughout the city and the state, and New Yorkers will be able to legally possess and buy cannabis. This could be another reason we see people move to New York. For some tourists, this could be part of their Big Apple bucket list.

Weed was officially legalized in the Empire State when Governor Andrew Cuomo signed a bill into law on March 31st.

The official bill came one day after the State Assembly and the State Senate both voted in favor of the Cannabis Legalization Bill.

Much of the debate was over how the government would tax cannabis, how the state would use the sales tax money, and who would regulate the sale of cannabis.

However, there were also questions about how the legalization would affect the prison system since many people were currently convicted of illegal marijuana charges.

In 2018, a study funded by the state determined that legalizing marijuana for adult use would benefit the state, the government, and its residents.

The study tested how marijuana would affect the state economically and socially, and the outcome was overwhelmingly positive.

Medical Marijuana Use in New York

Medical marijuana is also legal in New York. It was legal before the general cannabis legalization occurred, and so far, existing medical marijuana patients have not been affected by the signing of the law.

However, when marijuana sales become legal and more prominent, medical marijuana users will be affected positively.

First, people who use medical marijuana will have an easier time accessing cannabis products as more dispensaries open throughout New York. While the sale of marijuana is not yet legal in the state, except to medical users, sales will be legal after a year or two.

More dispensaries and other places that sell marijuana will be open when this happens, and the cannabis market will be high. Medical marijuana users will be able to get their cannabis at the new places, in addition to the places they go to now.

Medical marijuana users will also benefit from growing cannabis at home. It is not legal yet, but the law signed by Governor Cuomo requires that home cultivation for medical reasons be legal within six months. So, by the end of September 2021, medical cannabis will be legal to grow at home.

Furthermore, the medical marijuana industry will grow with the legalization of weed in New York. With an increase in the amount of cannabis available in the city, doctors will able to prescribe medical marijuana to more people who need it.

Currently, doctors can only prescribe the drug to the sickest people, like a patient with cancer, HIV, or AIDS. The biggest addition to the list of medical marijuana patients will be people with Alzheimer’s Disease.

Finally, medical cannabis users will have more options when it comes to what kind of marijuana they can use. Before the law was signed, medical users in New York could only consume their marijuana by a pill or a liquid; the common method of smoking it was not allowed.

However, the new law is increasing the number of ways they can legally consume the drug, and smoking will be legal.

Laws Regarding Weed in New York

Since the state-wide marijuana legalization, NYC police have changed the laws related to marijuana.

Currently, there is only one illegal act, and that is driving under the influence of weed.

The only other restriction is that you must be twenty-one or older to possess or smoke the drug.

Since the legalization, marijuana is treated very similarly to alcohol.

Furthermore, less than two weeks after the governor signed the bill into law, the state cleared all marijuana convictions in the state. People with prison sentences related to marijuana will be released.

Limits on Possession and Growing of Cannabis

Once the legislation is finalized, cannabis possession, consumption, and cultivation will be legal for personal use. However, there will still be limits to the use.

First, the limit of home possession is not specified in the bill, but there is likely going the be legislation that limits the amount. Outside of the home, a person can have no more than three ounces of cannabis on them at any time. The limit on cannabis concentrate is twenty-four grams.

People will be able to grow marijuana in their homes after the public sale of the drug begins. The growth in a single housing unit is limited to six mature plants and six immature plants. The maximum per person is three of each type of plant.

There are many goals that state lawmakers hope to achieve once all of the legislation is done and the cannabis industry in New York is in full swing.

First, the Office of Cannabis Management will be established to regulate all cannabis in the state and ensure that its sales are being taxed properly.

This office will be run by a board of five people, called the Cannabis Control Board. The governor and the two statehouses will appoint the board.

The new tax revenue created from the sale of cannabis in New York will be one of the most noteworthy benefits. The tax on cannabis products will be thirteen percent. Nine percent of taxes will go to the state of New York, and the remaining four percent will go to the local governments.

There will also be an excise tax which has not been finalized yet, but current regulations have the tax at three cents or less per milligram. The revenue from the cannabis industry is estimated to be three hundred and fifty million dollars per year once the sales begin.

At a state-wide level, the taxes are going to benefit a variety of government-funded programs. Right now, the majority of the revenue will be divided between public education, community programs, and drug treatment programs.

Illegal possession, sales, and consumption of marijuana before the legalization have unequally affected certain communities, specifically communities of color.

The state is making headway on being more equitable by giving half of all adult-use dispensary licenses to minority business owners, women, and people in communities who have been disproportionately affected by illegal cannabis laws in the past.

The equity of marijuana use, sales, and regulations will be overseen by the Office of Cannabis Management and the Cannabis Control Board. The push for equity is an important part of the bill since it has been a controversial part of New York politics for decades.

The Future of Weed and Weed Sales

As mentioned above, the state did not legalize weed sales and growth as soon as Governor Cuomo signed the bill.

It can be as late as 2023, before New York has all the restrictions and guidelines set for the full legalization of marijuana.

Once the legalization is complete, dispensaries will be open throughout the state, home marijuana growth can begin, and other cannabis-based businesses can open.

Consumption lounges will be a new type of business opening in the state. These lounges will be similar to bars or nightclubs where people can legally purchase and consume weed with others in a social setting. So, you may now gulp your fave NYC fishbowl drinks while smoking a joint. For some visitors, this would be a must do on New York nightlife.

While the licensing of these lounges has yet to be issued by the Cannabis office, they are expected to be popular among lawmakers. They will also be an important component of being the state’s tax revenue.

Weed was legalized in New Jersey just over one month before the government legalized it in New York.

The timing is significant because many New Yorkers, specifically those in New York City, have easy access to New Jersey.

Just like in New York, marijuana sales in New Jersey are not allowed immediately, but they are expected to start in the first few months of 2022.

Now that possession is legal in New York, people may start crossing the border to get their weed.

The loss of marijuana sales to another state could have a huge effect on the tax revenue that New York is expecting.

However, it could also benefit residents in both states if the two states push to finish legislation and open dispensaries before the other.

Weed is officially legal in New York for adults twenty-one and older; however, this only applies to possession.

The timeline for legal sales and home growth is not set yet, but it is expected to be 2022 at the earliest.

Current medical marijuana users are not affected by the bill yet, but they will be able to begin home cultivation by September 2021.

The bill will also expand the medical marijuana program to new patients. Overall, the legalization of weed in New York will positively affect the state and its residents. 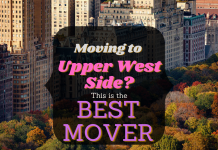 Moving to Upper West Side? This is the Mover You Should Use 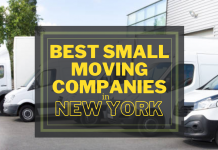 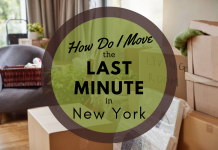 How Do I Move the Last Minute in New York?