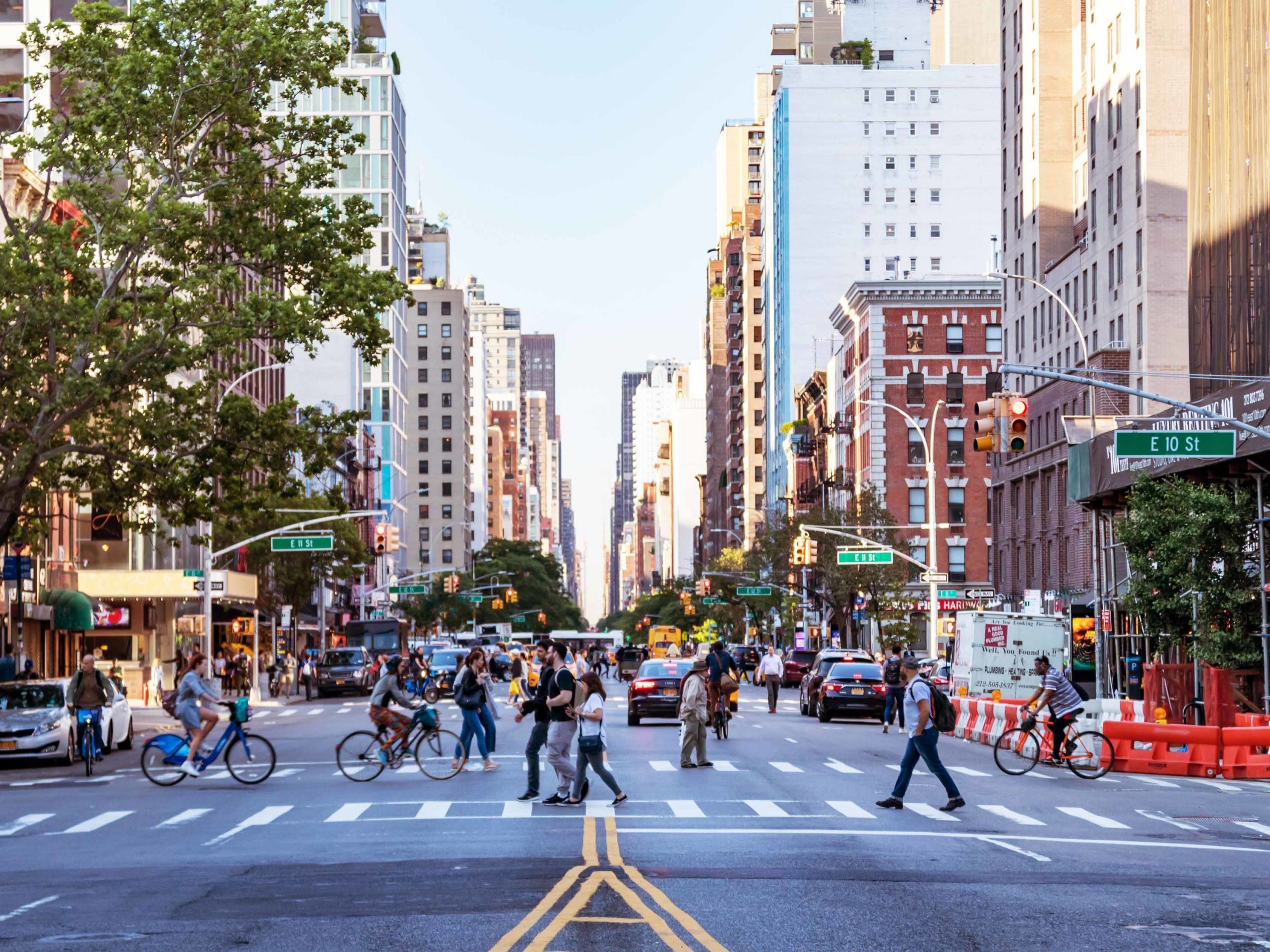 There are many destinations to visit around the world, a ton of new people to meet, cultures to explore, and cities to live in.

There is the thrill of a new environment, cultural diversity, and a more comprehensive range of opportunities to improve one’s life outside their native country.

While Europe may be a hotspot for those who want to travel and live there, the United States Of America equally has its fair share of great cities to live in. There is Texas, Las Vegas, Los Angeles, and of course, the world’s largest financial hub, New York, just to name a few.

New York City is revered for many things with famous landmarks such as the Empire State Building in Manhattan or the Statue of Liberty with a lot more to see and explore in New York City. As they are fondly called, New Yorkers are never short when it comes to sports entertainment, with teams like the New York Knickers around for that purpose.

In this article, we have stated and explained our reasons why a move to New York may be a much-needed change in one’s life. Going beyond buildings, Wall Street bankers, and sports teams, here are our reasons why you should make NYC your next home, ahead of anywhere else in the world.

America is known as the ”land of the free and brave with opportunities”, and the same goes for NYC. Brimming with industries centering around healthcare, financial services, retail, and manufacturing, the opportunity to make it big exists for anyone wondering if they should move to NYC.

With a vibrant nightlife despite the work, sports, and festival-filled life of New Yorkers, NYC can cater to people of any nature. Although it might be expensive to live in New York, many have sure loved the experience for those who could afford it.

Keep reading for a more detailed explanation of each point that answers the question, ”why do people move to NYC?”

1. Abundance of Career And Job Opportunities 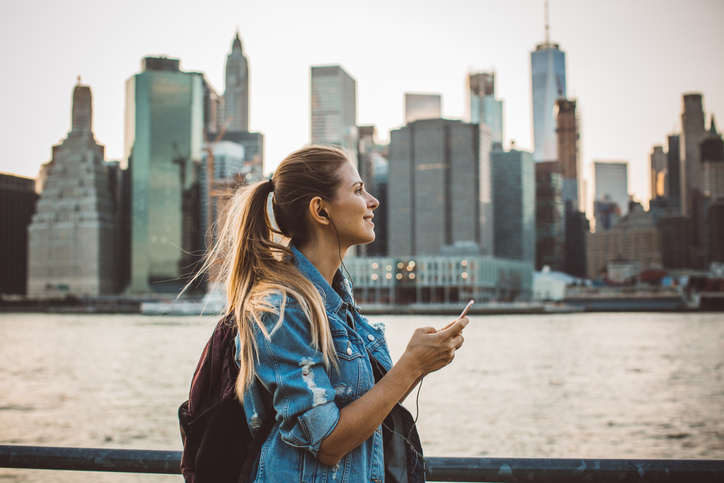 For experienced professionals and recent graduates, New York City might be on your radar if you’re looking for a job or a career within a wide range of industries.

Home to some of the USA’s highest-ranked hospitals, like Mount Sinai Hospital and retail chains like Michael Kors and Tiffany & Co, New York City is one place bustling with opportunity after opportunity.

New York is also home to one of the most active stock exchanges on the planet. Wall Street boasts some of the world’s largest companies, with many more emerging startups likely to spring up and get listed on the New York Stock Exchange.

New York City is also rated as the world’s financial capital, and as such, financial giants like Morgan Stanley and Citigroup are headquartered in NYC. Definitely a dream for every finance professional moving for the purpose of work to New York City. 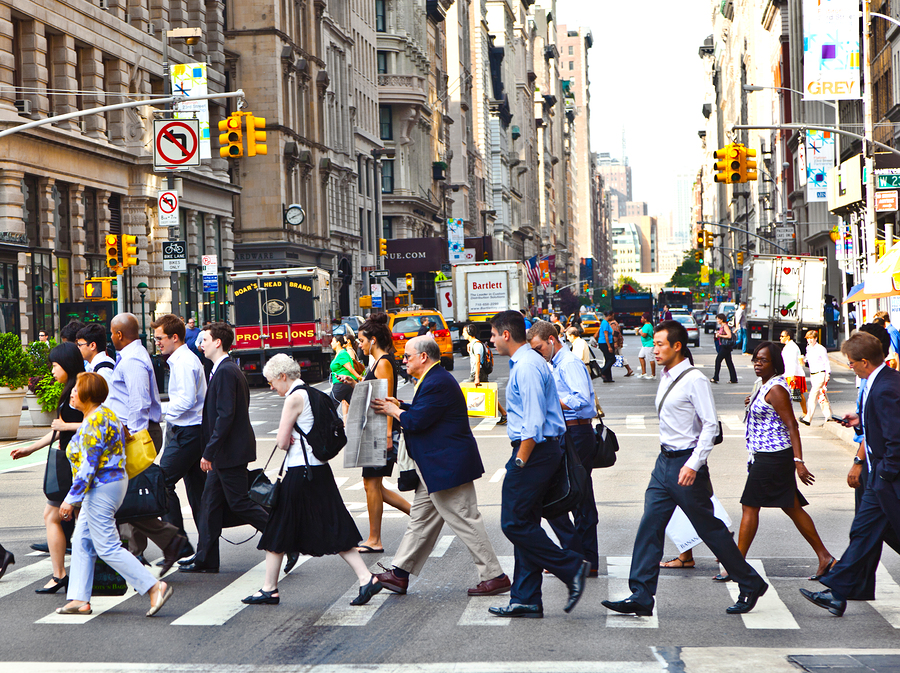 New York is brimming with people from all walks of life, which translates to a cultural diversity like no other.

Comprising of five boroughs, namely Bronx, Brooklyn, Manhattan, Staten Island, and Queens, New York City is said to boast a population of 8.39 million residents, with almost 37 percent being nationals of other countries.

Over 800 different languages are spoken in New York City, making it a place for culture lovers to meet people from other backgrounds. According to CultureTrip, a travel planning and guide agency, NYC ranks fifth in diversity after Amsterdam, London, Los Angeles, and Paris.

New York City also has various festivals to celebrate the diversity of all those who have made New York their home. There is the NYC Multicultural Festival celebrating different cultures with poetry, music, and food.

There is also the LGBT Pride Fest and March for people of different sexual orientations so that no one feels left out. New York City is truly a place where culture and lifestyle intertwine beautifully with a real sense of community. 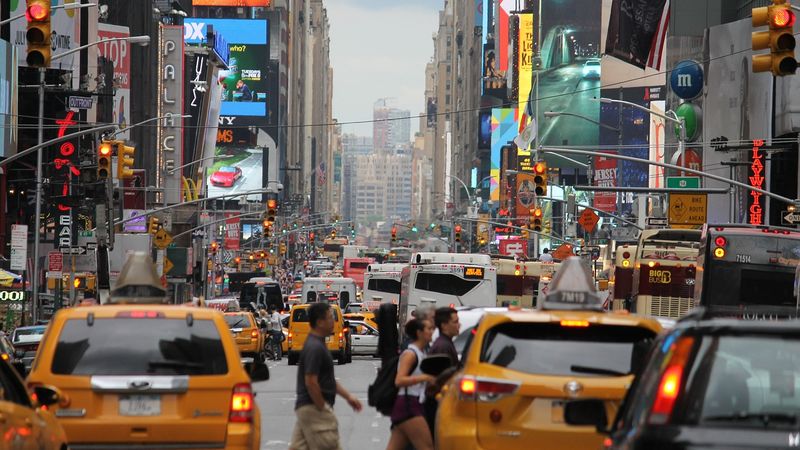 Moving around New York should not pose a problem for anyone, as there are various means of transportation available for every day commute for working-class New Yorkers.

From the recognizable yellow taxi to the metro bus for public transportation and ferries for waterways, there is always a way to get to your destination in New York City.

There is also the subway train for people who need to move from Brooklyn to Manhattan and other boroughs within New York. The subway trains and metropolitan buses make up the public transportation system in New York City. People move every day, going around their daily activities with almost zero hassle.

Did we also mention that helicopters are catching on in New York as a means of transportation? It might be a bit expensive but hey, living in NYC ain’t so cheap. If the yellow taxi or subway is what works for you, then go ahead with that. 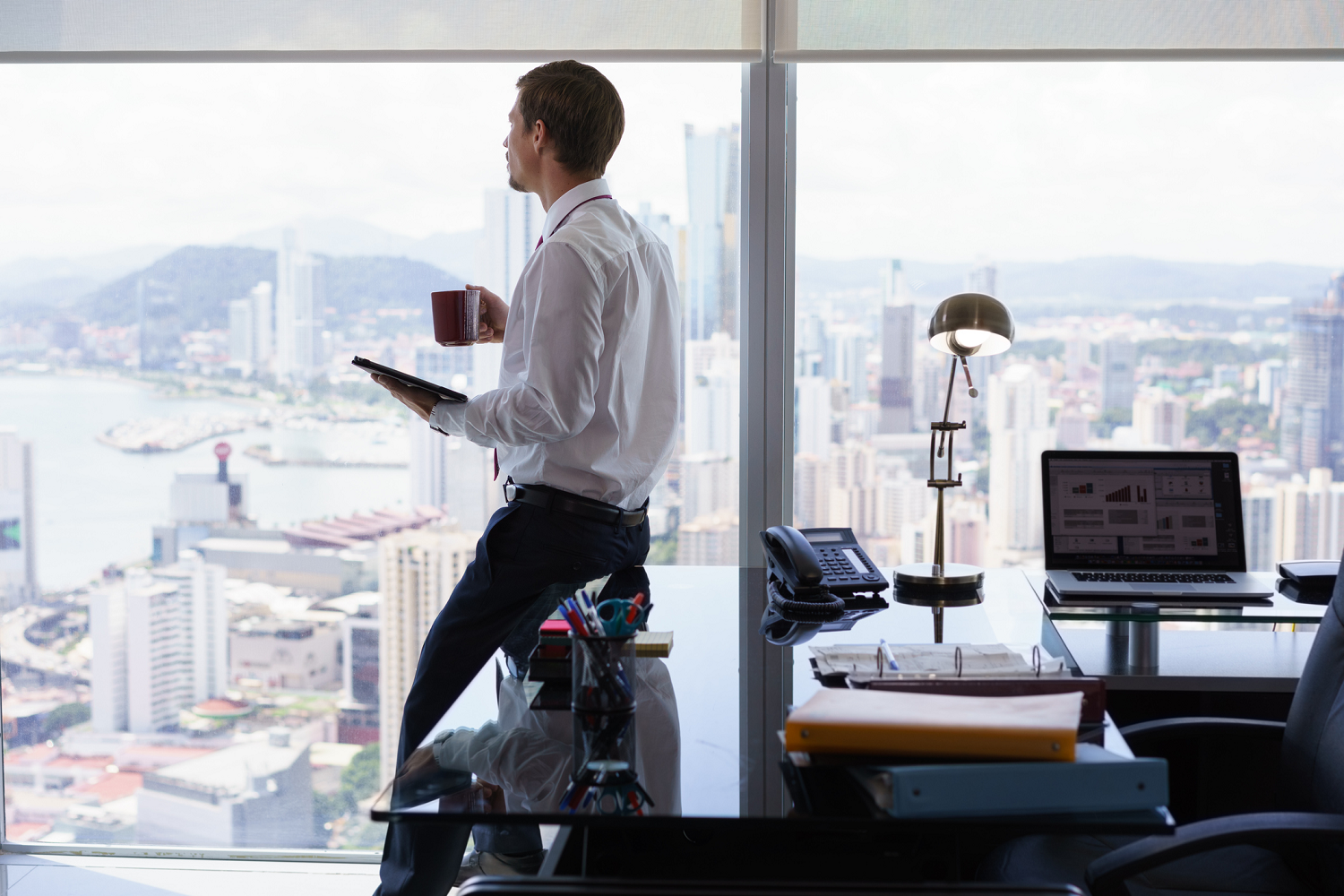 New York boasts one of the best startup ecosystems for budding entrepreneurs looking to execute ideas with funding and access to other resources.

According to YourStory, New York City has been listed as the city with the most women entrepreneurs, attracting over 12 billion dollars in venture capital funding in 2017 alone.

Being home to many well-known venture capital firms such as Thrive Capital and Union Square Ventures, there is almost no shortage of funds looking to get a piece of the pie. With commercial office spaces available in abundance and a somewhat large population, the environment is beyond perfect to get things going for prospective founders.

Many successful unicorn startups have become relatively huge, to show as proof of success in NYC. These include WeWork, Peloton, UiPath, Dataminr, Venmo, and Squarespace, just to name a few. There really is a high chance to make it big if you play your cards right and make your pitch convincing enough. Just another great reasons to move to NYC 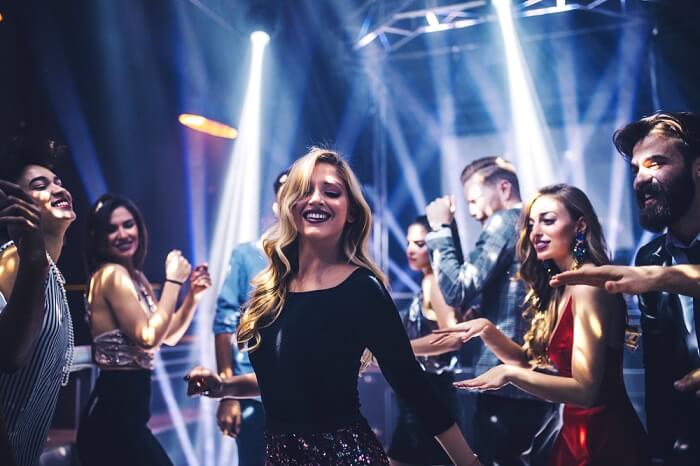 New York is home to a vibrant nightlife when it comes to clubs and restaurants, being ranked as the third in 2018 behind Las Vegas and Houston, Texas.

In fact, it is often said that bedtime does not exist in New York. NYC is really the city that never sleeps.

Moving to New York City means there is no shortage of entertainment when you need it. From annual festivals to clubs and restaurants, NYC is one city in the world where you can live an entire lifetime in a single night.

Extroverts and young folks who love the party lifestyle are sure to find a move to NYC worth exploring. Spots you might want to visit would include the 40/40 club, Shake Shack and Le Bernardin. 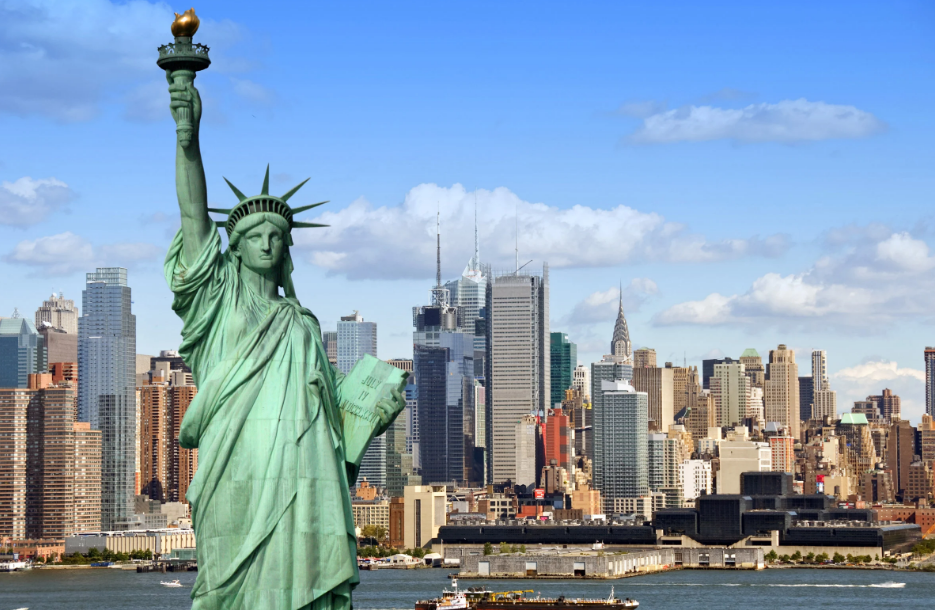 Living in New York means you get to see some of the most famous structures you might have always dream of visiting.

Some of the landmarks even have historical relevance to NYC’s people, with some built around the 19th century.

There is the Empire State Building, Times Square, and The Statue of Liberty, to name a few. Manhattan is well-known for its remarkable skyline, which shows off a fantastic display of skyscrapers that you definitely won’t get anywhere else.

Other landmarks to explore for people living in New York include Central Park, Niagara Falls, and the Metropolitan Museum of Art. 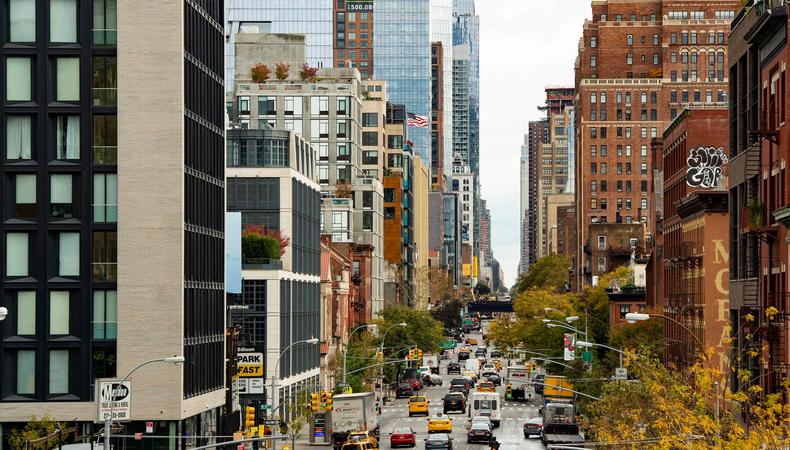 With all the benefits that come with a move to NYC, it is also essential to consider the cost of a place to lay your head after work every day.

It is relatively easy to find different types of apartments in any neighborhood, depending on the budget of whoever is moving to New York.

Most apartments in neighborhoods are fully serviced with all the necessary utilities such as Wi-Fi, light, and water. Also, there are living spaces in which chores such as mowing the lawn and garbage disposal are handled by the apartment manager.

Living in such a bustling city with a lot of activity, job opportunities, and a great choice of neighborhoods to pick from does not come cheap. For those who can save up and rent a living space, a move to New York will be worth every penny. 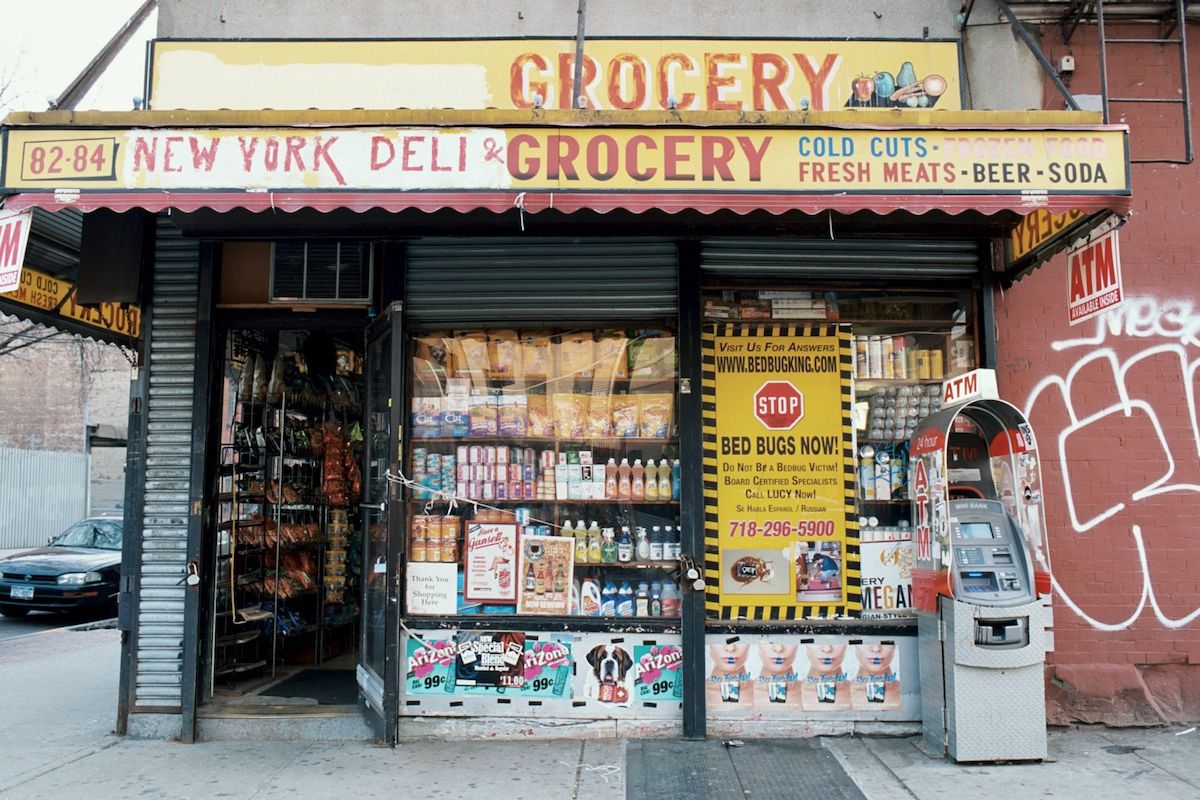 People want something real quick without having to waste time in long queues.

As easy as transportation is in New York, it is really easy to find stores selling essential items in your area.

For those who are not too big on driving to departmental stores at the slightest need, convenience stores in your neighborhood will save you a lot of stress.

Stores called ”bodegas” are common throughout New York where you can purchase prepared food, soft drinks, and other related items common to stores. Though not as huge as your typical Walmart, it still gets the job done.

If you are still pondering whether to move to NYC, you have eight good reasons why you should start your search for a place to rent in one of the best cities to live in the world.

From the endless job opportunities to the Tribeca Film Festival and the Empire State Building, visiting, living, and moving to New York should be on your bucket list.

We got you covered if you’re looking for a New York moving company, here’s a list of best movers companies in nyc: https://imhonyc.com/best-movers-nyc/

If you’re thinking on moving to upper east side, here’s a review of best upper east side moving company. In a hurry, have a look in our guide on how to move the last minute in New York City.

You can likewise see our guide for an inexpensive local movers NYC company here.

So what’s next? Go ahead and take a morning jog across Central Park, followed by a coffee at Starbucks before proceeding to work on the metro bus while taking in the sights this lovely city has to offer. Welcome to New York, where one day is never the same as the next. 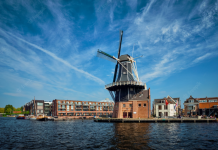 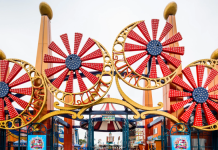 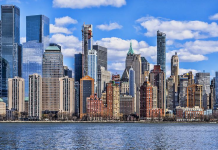